Vince: So I'm here with Angelo Iannace from Iannace Transport. Obviously you signed up with us pretty early on in the process. You were I think client number four or five and we'd only been running as a software company for about four or five months by that stage.

Since then, you've actually had a number of your major competitors go onto the same application. And I just wanted to know how you felt about that.

Angelo Iannace: I love it. 'Cause every time I grab one of their clients they've already been trained. So fantastic.

Vince: Well there we go. Angelo's got an optimistic outlook.

Angelo Iannace: A lot of people see it as a client getting an edge on you or a competitor getting an edge on you. I don't see that because the easier we can make everyone's job, fantastic. Like every time I talk to a client that's at my competitor and you go, "We're using CartonCloud." "Oh, thank God. That's so easy." Or you know like ... and no doubt my competitors feel the same way about it so ... see it's good.

Vince: Another good one. When your drivers first started to use the mobile app, what was their feedback?

Vince: So how do they find it now?

But they rely on it so much, even for the address. Even today I had a client, one of my drivers phoned me and go, "Listen, it's brought me to the wrong address. Can you update the system?" They rely on it heavily now, so ... It's fantastic.

Vince: And they probably find it convenient too like being able to group lots of stuff together, get one signature.

Angelo Iannace: Yeah, yeah. But it just makes it so much easier for them so life become ... you know. What they saw ... But this is a fear that people have all the time. It's not ... sometimes it's the fear of the unknown so it's easier to put the defences up and go, "That's gonna work, it's not gonna work, it's not gonna work or it's really ... You gotta pay for this because you're paying for all this time standing around." Right?
And yet now you go, "We need you." My driver's there, that's it. 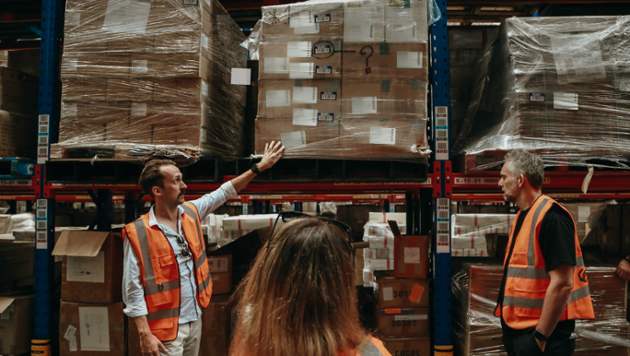